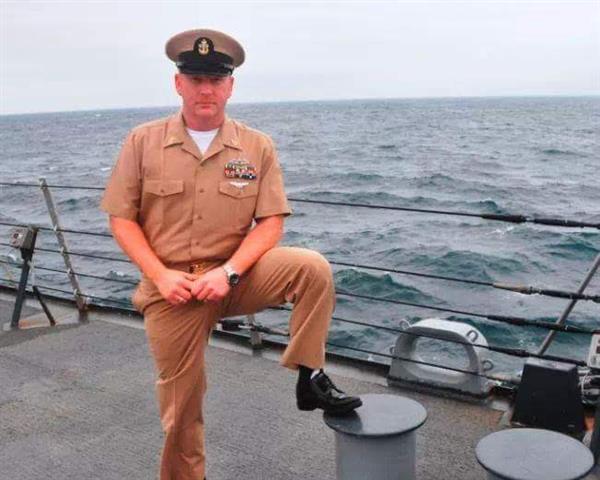 Senior Chief Petty Officer, Shawn A. Shepherd is a native of Wilkesboro, North Carolina. He enlisted in the U.S. Navy in 1995 through the Delayed Entry Program. In June 1996, he graduated from Parkland High School in Winston-Salem, NC and reported to Recruit Training Command, Great Lakes, Illinois, and began his career as a Mess Management Specialist. He then completed MS “A” School in San Diego, California in October that same year.

His previous shore tours include service as the Storeroom Supervisor at Naval Security Group, Northwest Annex in Chesapeake, Virginia, as the Drug and Alcohol Program Advisor at Naval Station Norfolk, as the Leading Chief Petty Officer for the Assault Craft Unit TWO Stationed at Joint Expeditionary Base Little Creek, in Virginia Beach, Virginia, and most recently as the Supply Department Head at the Naval Consolidated Brig in Chesapeake, Virginia.

He completed six shipboard deployments to the Mediterranean Sea and Central Command in support of Operations Enduring Freedom and Iraqi Freedom, disaster relief operations in Haiti and counter-piracy operations in the Horn of Africa.

Senior Chief Shepherd served as a local U.S. Navy Inspector General investigator, and has been awarded the Navy/Marine Corps Commendation Medal (3 awards), Navy/Marine Corps Achievement Medal (5 awards) and various other personal and unit awards. He retired from the US Navy in September 2019 having served honorably for 23 years.

​He assumed the duties as Naval Science Instructor at Alexander Central High School on January 20, 2020.

There are no current assignments.

There are no past due assignments.